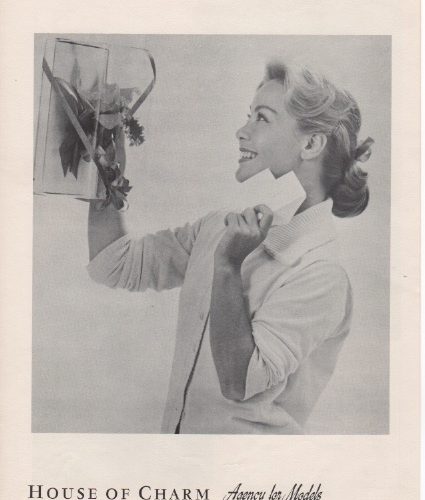 It all started because of this beautiful girl at my high school, Star of the Sea Academy for girls in San Francisco on Geary Street.  Her name was Paula Carrigan and she was a tall, willowy blonde.  I was told that she was a model!  Wow!  It sounded so glamorous.  I was fascinated and set about learning more.  I found out she had attended The House of Charm Modeling School.  It was considered the best agency as well as a school, but oh dear it cost $$$.  Six hundred to join – if they accepted you.  $600 was a fortune to me.

I immediately started taking jobs and began saving.  I remember babysitting for a Chicago Bears retired football player with three kids, all under five years old.  I made 50 cents an hour taking care of them.  Then I worked at the 5 and Dime store which paid me in cash with little brown envelopes!   I started filing at an insurance company too.

Soon after, I graduated high school at 16 as well.  I marvel at that now.  How ridiculously young and woefully unprepared I was to enter the “real world”…

It took a while but finally I had the money and was accepted at the House of Charm.   The training was all about how to walk, how to be photographed, walking on a ramp with a book on my head (the cliche is true!), as well as the best techniques for make-up, which I actually used very little of at the time, and other helpful tricks of the trade (one such “trick” for avoiding a double chin is the subject of my video here).   The owner, Nerice Fugate, was a stunning exotic-looking woman who doubled as our agent.  She took a liking to me and had several pet projects she used me for.  Here are a few photos of jobs I did with her.  In the first shot, she is the woman with the dark hair and widow’s peak.  She seemed to specialize in Asian fashions and fabrics.  Despite my obvious and quite opposite ethnicity – most people thought I was Swedish – my smaller size fit in very well with those styles. 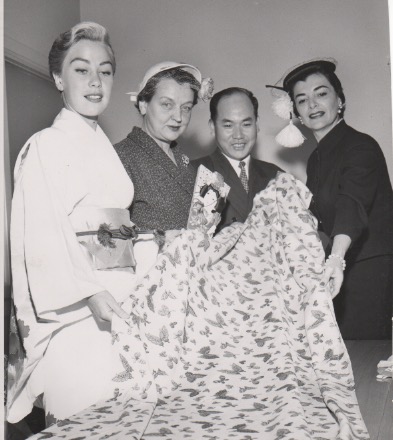 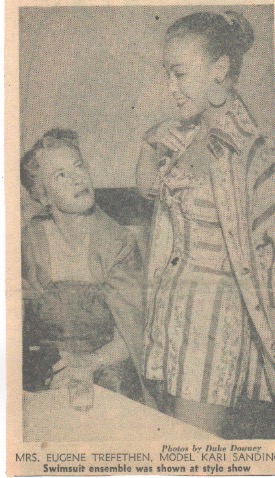 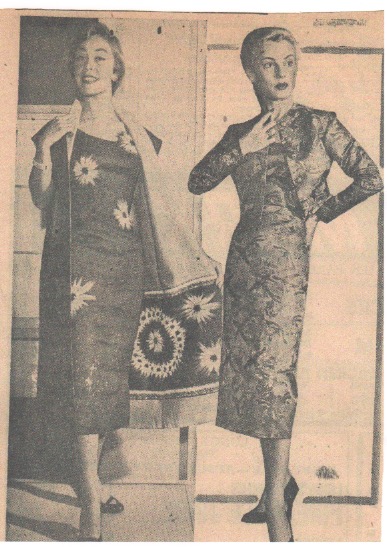 This gave me a good start at modeling, but it soon became apparent my size was not very conducive to fashion shows and that I was much better suited to photo shoots.  I did a lot of publicity spreads for many of the big events in San Francisco at the time.  For instance, the Rhododendron Festival in Union Square or The Annual Boat Show, for which I also did showroom duty at the actual event, just sitting in a boat and smiling till my face hurt (silly, but at $25 a night for ten nights, it greatly supplemented my income).

But my biggest break was being called for Macy ads whenever they needed a teen or petite fashion model.  Also, I did a lot of hats!! 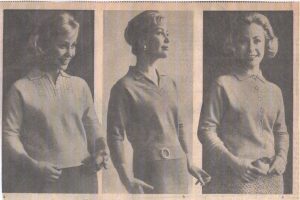 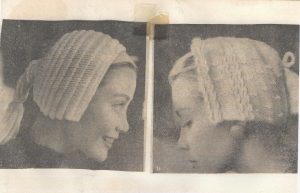 That was a big deal at that time, often with full-page ads in the newspapers.  In those days, commercial artists created a lot of very posed and stylized advertising campaigns and they used me for their model as well.  This led to my being displayed on several billboards that hovered over the city.  I got a lot of “face time” from them.  😉  The House of Charm flyer shown at the top of this blog was a photo from a prune ad that became a billboard.  Yes, prunes.  It said “How long has it been since you felt like this?”, showing me holding up a corsage and a card from my suitor.  Probably best not to think too much about whether my good mood was from romance or regularity.

So that was the start of it all.  To see how it mushroomed and led to lots of experiences and meetings with celebrities, please click on my Photo Gallery.  There will be more to tell you about in the future and how I ended up in the convent as Sr. Gregory Ann.