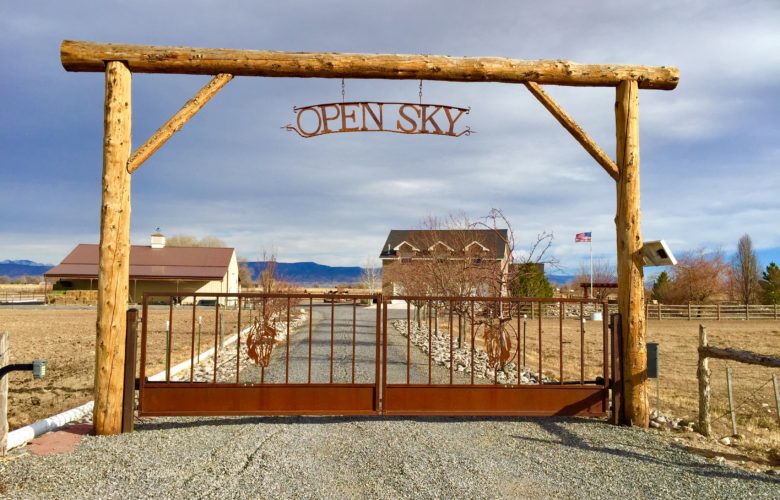 At the top of that list are Linda & Randy Patton.  They are a great example of making a brave and dramatic change in direction and embracing a totally new way of life.

I first met this dynamic couple when Randy was a stockbroker at the securities firm my husband managed.  We all became quick friends and through the years enjoyed so many fun times together.  My friendship with Linda grew even closer when she asked me to assist them with an exterior makeover of their home.  We soon discovered we shared an obsessive love for the game of Scrabble – something we play online to this day!

With Randy’s career prospering and two sons to raise, along with some very irascible cats, their life seemed to be humming along just fine, thank you very much.

But I found out they were not so easily satisfied…

Always restless to learn something new, they pursued a wide and unusual variety of interests.

Randy took up Bee Keeping and Piano Lessons.  Linda, already very gifted on the guitar kept up with lessons as well to get even better.  She practiced her Hair Styling skills on her friends, kids, and elderly neighbors.  She also created beautiful jewelry from natural stones and beads.  And then there was her amazing ability to develop the most beautiful gardens. (She is still the only one I have ever witnessed that mastered full-blooming Wisteria here in Colorado)  And that was only the start!

Next they purchased a Log Cabin home in Basalt, Colorado and took up fly-fishing.  Their home sat right on the Frying Pan River, so one could just walk down to the bank and cast a line.  Naturally, they both quickly became experts at catch and release, and even excelled at creating their own flies for bait. 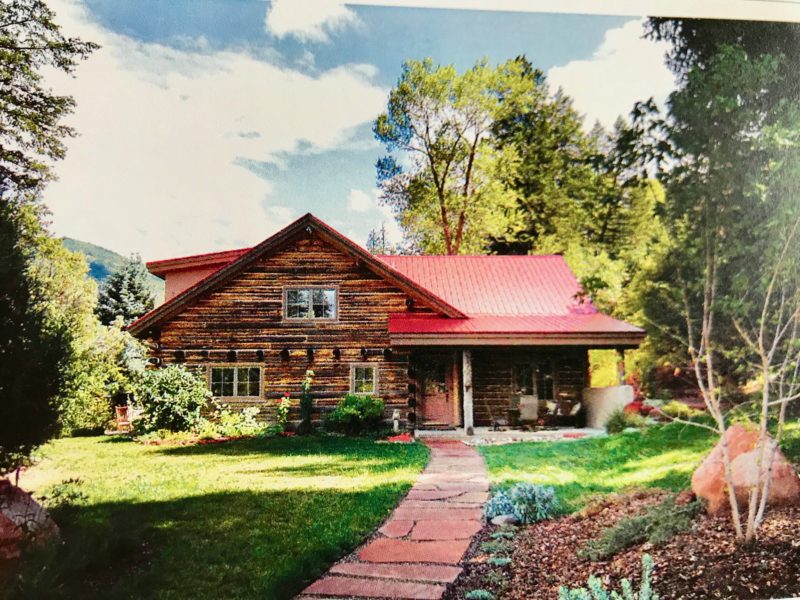 I was a beneficiary of this, when Linda, who I have always believed must be part Native American, taught me to fly-fish as well.  I say she is part Indian because she has an uncanny way of “seeing” the trout in what can be very fast-moving water.   She was always saying things to me like, “There’s a big brown over there working its way amongst those stones…”, etc., or “A  rainbow in the dark shallows!”  None of which I could ever see.  However, she was a great teacher and I did manage to catch some eventually. 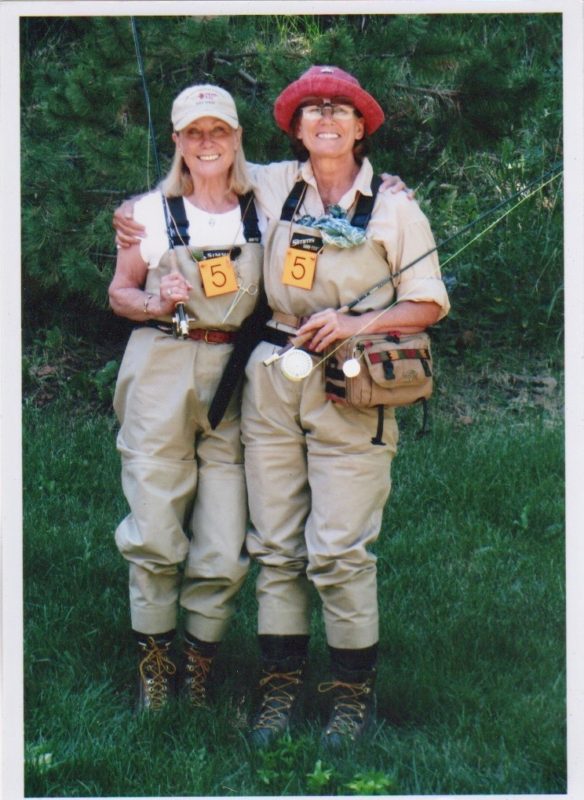 If you have never tried fly-fishing I encourage you to try it.  There is nothing quite like the pure relaxation and contentment you feel when wading into beautiful sun-dappled water under a clear blue sky, casting your line again and again, and eventually, feeling that slight tug on your line.  It’s heaven!

Anyway, the fishing was just another brief chapter in their story…

They told me they wanted to expand their log cabin.  I referred them to an outstanding Architect that I had the pleasure of working with, Bill DeMaio, who subsequently created a spectacularly larger home for them while retaining the log cabin ambiance. 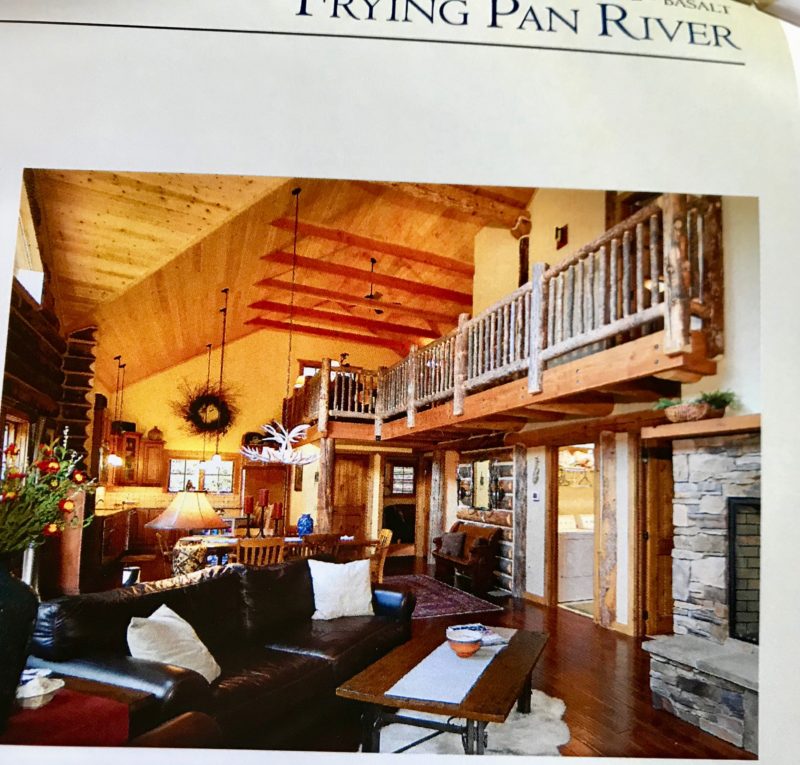 Years followed as they enjoyed their trips there and to nearby Aspen.  They loved sharing it with friends and family.  Linda all the while did her magic and decorated it authentically and beautifully.

It sold to a buyer who wanted it exactly as it stood, inside and out, at a price they couldn’t refuse.

They had family and work concerns that influenced their decision to take the offer and buy a new home in the Denver area.  I was able to help with it.  Here is a rendering I did of the exterior. 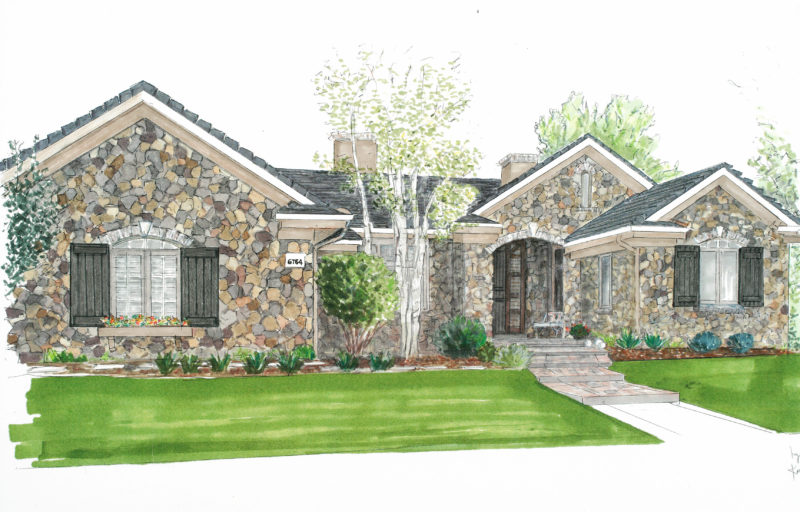 It would seem like that would be the end of story – with a “Happily Ever After” in the home that had everything including a Baby Grand Piano for Randy to play and a fabulous garden that flourished under Linda’s Green Thumb…but not so!

And this is where it gets really interesting.

When Linda volunteered to help with an orphaned horse (!), which in turn led to Randy taking up riding, Linda had the sudden insane idea that she would like to raise horses and maybe they should buy a place where they could do that?  Randy, of course, didn’t think it was insane at all.  In fact, he loved the idea.  He set about looking for a ranch where they could start their new lives.

They knew NOTHING about raising horses or ranching and did not know anyone who did!

But not long after, they sold their lovely home and bought a property in Olathe, Colorado, packed up and started fresh, all over again!  And they brought with them the orphaned horse Linda had been caring for, named Atiya, which means “The Gift” in Arabic. 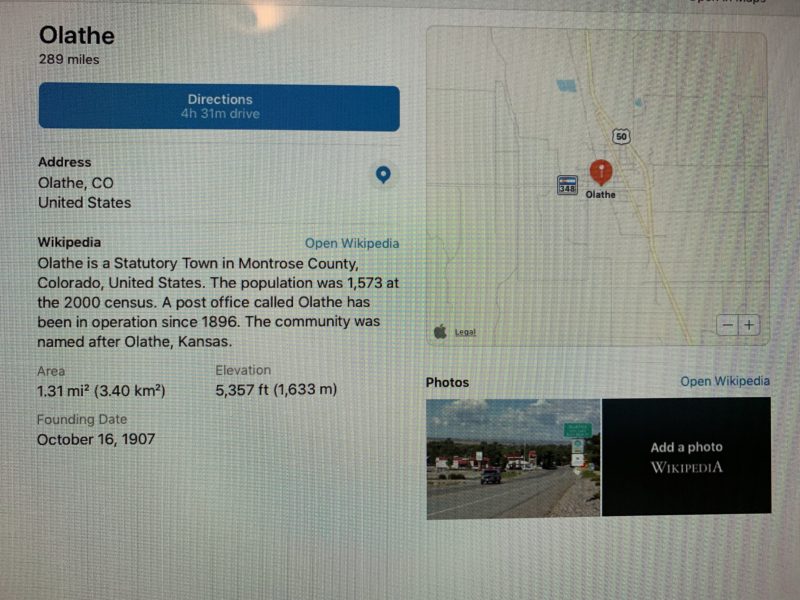 Just imagine the courage this took!  They were like pioneers, or adventurers, and had the faith, optimism, and above all,  determination to learn a new lifestyle and occupation from scratch.

What followed was a lot of trial and error.

Thankfully, one of the first things they learned was how helpful and friendly their neighbors and townspeople were.  They found a young woman who was somewhat of a “Horse Whisperer” and in need of a job as she was single and had a three-month old little girl.  She became invaluable in educating them in the proper care and training of Linda’s horse Atiya and also Randy’s new horse Liza!  The two horses were soon joined by another horse which needed a home called Rowdy – which they assure me is a very accurate name!  🙂

During a visit there I observed how early my friends day began.  The horses needed to be fed and groomed, and the stalls mucked, pretty much at the crack of dawn regardless of the weather.   Also, it didn’t take long before it became evident how much hay horses actually ate, so the next stop on the learning curve was how to grow hay.  Heavy equipment had to be purchased and mastered, operated effectively.  But soon Randy’s efforts were so successful and the harvest so abundant they were even able to sell the overflow.

Linda started not just a flower garden this time, but a vegetable garden as well!  It too has been a huge success.  All of it requiring constant care but giving back abundant rewards. 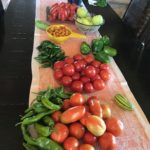 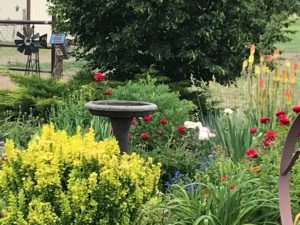 Linda even joined (and was warmly welcomed into) a local band, where she could play her guitar and sing!

HERE ARE SOME PICTURES SHOWING THEIR DAILY LIVES…

What a different existence my friends have adopted, but a very satisfying and pleasing one.  Now they are sharing their talents and capacity for hard work by helping these amazing animals as well as themselves.  The little girl pictured here is just one of many resulting blessings!   She is the now five year-old daughter of that young horse trainer I mentioned earlier.  Who not only found work she was supremely suited for, but a loving couple who ended up embracing her and her child as family.

I think this is a major lesson for all of us.  We shouldn’t get stuck in grooves.  There are so many paths we can take!  We just have to be willing to step out of our comfort zone and take real chances.  We have all heard the phrase “follow your bliss” but we rarely do that.  Many would blame it on lack of money or bad circumstances but the happiest people are those who are not deterred and continue to dream big and act on those dreams.  It can be done!  Great stories of successful “lifestyle-makeovers” abound!!  Perhaps you can be one of them.

Oprah Winfrey, herself the patron saint and living proof of impossible dreams fufilled, has a new book out talking about this.  She says we should never stop asking ourselves, “What do we really want”?  Then take the steps to make it happen!  Big steps even, if necessary.  Leaps of faith.

I’m so proud of my friends.  They inspire me.

Thank you for reading my blog, and as always, I welcome any comments you might have!